Our purpose is to “expound fundamental Chinese cultural values; promote education in ethics; encourage practical life wisdom; redirect society towards humanitarianism; and nurture people with ‘talent, good morals, and intelligence’ through diverse sources of wisdom from the humanities and individuals.”

Since the establishment of the “SUPERIOR ELECTRONICS CORPORATION,” its founder and chairman, Mr. Shih-Ming Hwang, has operated his business safely and smoothly both in Taiwan and in the United States. Mr. Hwang believes that the establishment and development of his career owes much to the moral influence of the philosophy of the Chinese sages, and these influences have been primarily inspired by the traditional classical texts. Therefore, Mr. Hwang wishes to share the benefit of reading these classical texts with the company’s employees and their children, and furthermore promote the reading of these works in the community. In October, 1996, he founded the Superior Society which provides Chinese reading classes for parents and children, with the Society bearing both the fees for lecturers and the administrative costs. At the end of 2001, he again applied to the Ministry of Education to found the Superior Education Foundation (A Non-profit Charitable Foundation) in order to expand both the scope of its service and the parties served. 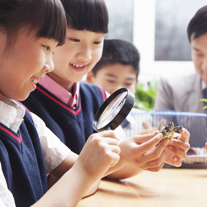 Superior Electronics Corporation sells to the trade only. No direct consumer sales.